The Dynamics of Foreign portfolio inflows and Equity Returns in India

The Dynamics of Foreign portfolio inflows and Equity Returns in India 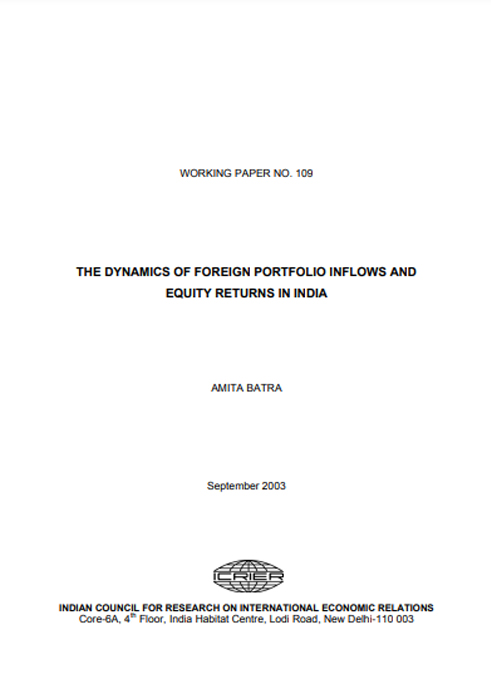 After a series of financial crises in the late 1990s, doubts have been expressed about the wisdom of promoting free cross –border portfolio flows. Foreign Institutional Investors (FIIs) constituting a major proportion of these cross –border capital flows are considered to be driven by “animal spirits” rather than rational investment decisions. The
FIIs have often been blamed for large and concerted withdrawals of capital from countries in times of crisis, despite evidence showing that domestic/resident investors are often the first to exit at times of crisis, perhaps because of better information.