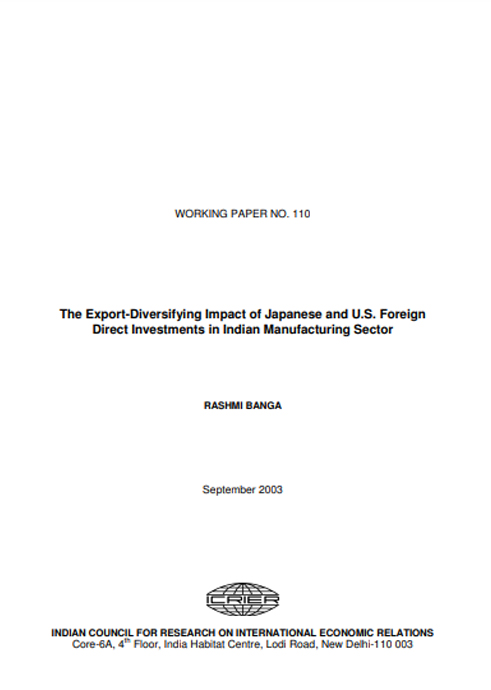 The conventional wisdom in India has been that foreign direct investment (FDI) has not entered the export-oriented sectors. This has led to the belief that FDI has not played any significant role in exports from India. The current study shows to the contrary that FDI has not only led to diversification of India’s exports but has also indirectly
improved Indian exports via export spillovers. The study also brings out the significance of the country-of-origin of the FDI in influencing exports.