The National Skills Qualification Framework in India: The Promise and the Reality

The National Skills Qualification Framework in India: The Promise and the Reality 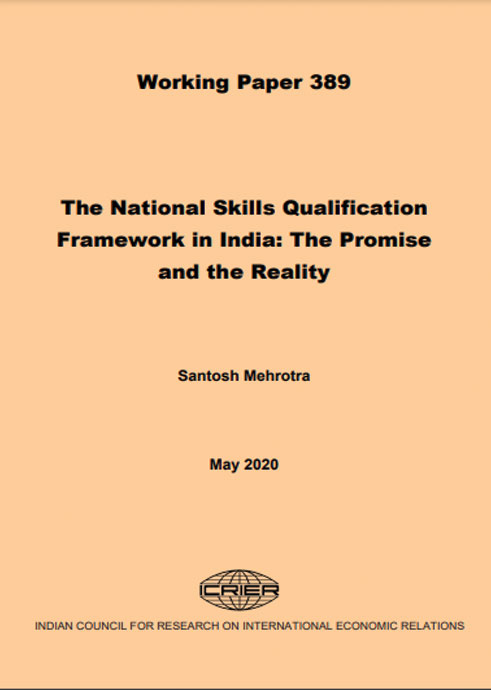 India’s TVET system, by international standards, is at a very rudimentary level of development. TVET was a relatively neglected subject in India’s educational planning, at least until the beginning of 2007. However, this changed with the 11th Plan (2007012). One dimension of this change was the government’s decision to adopt an Anglo-Saxon model, including a national vocational qualification framework, while ignoring the evidence of success of the alternative global model of TVET, the Germanic one. The paper begins by spelling out what the goals of the National Skills Qualification Framework (NSQF) were meant to be at secondary and tertiary level. This promise or expectation is then matched with the reality of the NSQF as it was implemented. Having found that experience wanting, the paper goes on to examine the international evidence with Vocational Qualification Frameworks, both in advanced as well as emerging market economies, given that over 100 countries are at different stages of implementation of similar frameworks. The experience of other emerging and even developing economies is found to be not different than India’s. Finally, the paper reviews briefly efforts of the government to expand TVET at tertiary level, and the role of NSQF in it. More importantly, we present a case study of a new Bachelor in Vocational Education at tertiary level, a case where it is working successfully and has gone to scale. However, the contribution of the NSQF in this case appears limited, if any.