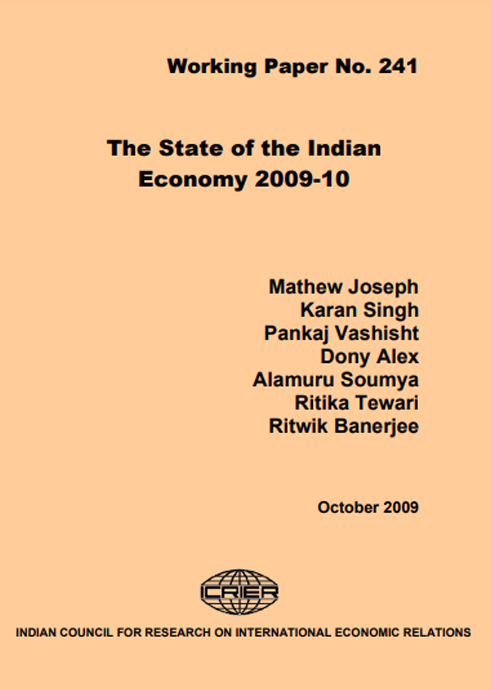 Despite signs of recovery from the global financial crisis, the GDP growth rate for the Indian economy is likely to be between 5.8 to 6.1 per cent in 2009-10, below the 6.7 per cent recorded in fiscal 2008-09. While there has been an improvement in Indian industry, particularly the manufacturing sector, the adverse impact of the fall in kharif
production due to a rainfall deficiency will act as a drag on the overall growth of the economy. In the current financial year, the major policy challenges for the government will come from the rather sharp rise in inflation and deteriorating public finances. The balance of payments situation may also require policy attention despite a narrowing of the current account deficit and a considerable capital account surplus because of the appreciation of the rupee.