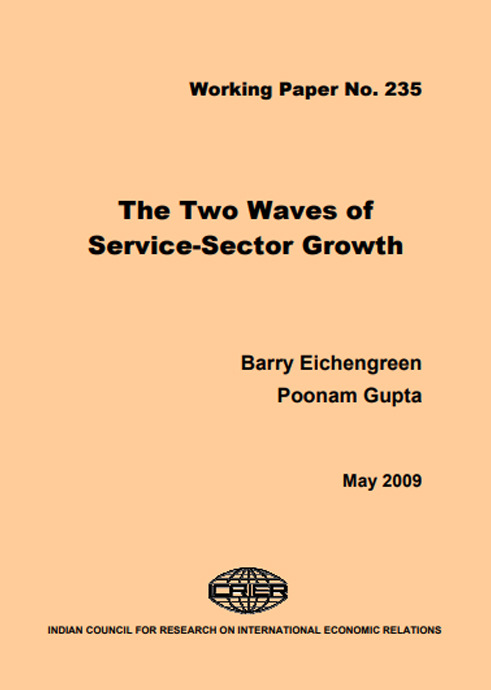 The positive association between the service sector share of output and per capita income is one of the best-known regularities in all of growth and development economics. Yet there is less than complete agreement on the nature of that association. Here we identify two waves of service sector growth, a first wave in countries with relatively low levels of per capita GDP and a second wave in countries with higher per capita incomes. The first wave appears to be made up primarily of traditional services, the second wave of modern (financial, communication, computer, technical, legal, advertising and business) services that are receptive to the application of information technologies and increasingly tradable across borders. In addition, there is evidence of the second wave occurring at lower income levels after 1990.