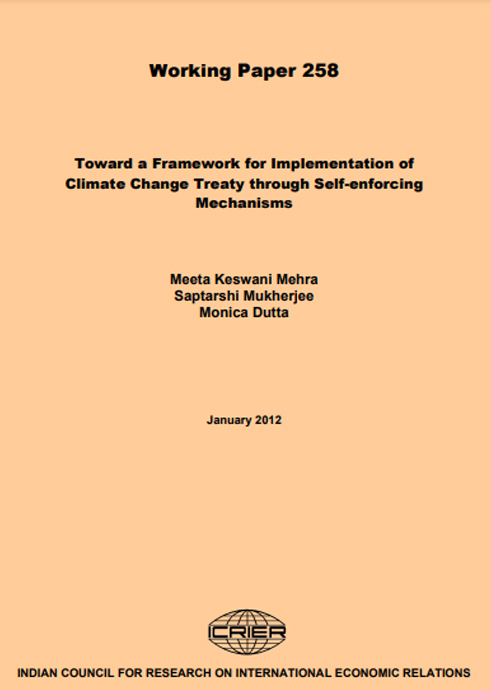 Global warming caused by accumulation of emissions of greenhouse gases (GHGs) is a public bad, addressing which requires collective action by all the countries of the world. Under the United Nations Convention on Climate Change (UNFCCC), most countries have negotiated the Kyoto Protocol for GHG emissions control to stabilize climate change. Several issues about the Protocol remain unresolved — first, most of the significant countries are required to take a decision on whether or not to sign such a protocol, which has large-scale implications for their energy and industrial sectors and economic well-being; second, climate change mitigation is a public good entailing that all the countries would stand to gain due to mitigation action taken by a sub-group of one or more countries; and third, there exists no supra-national authority to enforce such a protocol for the individual sovereign nations. Thus, commitment to cooperate on an international agreement on climate change control remains tenuous. Formally, such
a cooperative model is likely to be unstable. The paper discusses the pros and cons of the already proposed international cooperative mechanisms toward climate change mitigation and highlights the problem of information revelation, particularly related to the abatement issues. In this context, it attempts to outline a structure of a selfenforcing burden sharing mechanism for climate change mitigation in an incomplete information framework. The mechanism is an adoption of the well-known VickreyClarke-Groves mechanism, widely used in mechanism design theory.