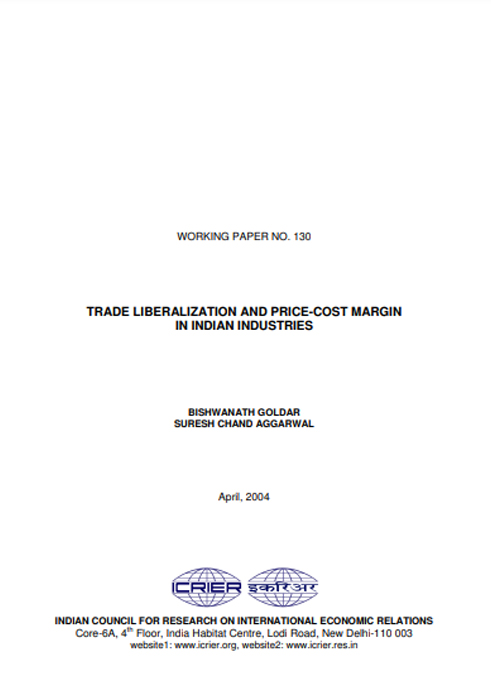 This paper gives a quantitative explanation of the effect of trade liberalization on Price-Cost Margins (PCM hereafter) in Indian industries. Cross-country studies reveal that import competition causes markups in profit margins to fall. This can be explained by two econometric approaches-one using PCM and the other using Output Growth Rate. Both the approaches yield similar econometric evidence leading us to believe that import competition leads to a fall in PCM in imperfectly competitive industries. Theoretically under the static profit maximization principle as import barriers are removed \ reduced the elasticity of demand would increase due to increased availability of imported good leading to a fall in the PCM. At times, particularly in the short run import liberalization
may lead to increased efficiency and competence, having a favourable effect on profitability