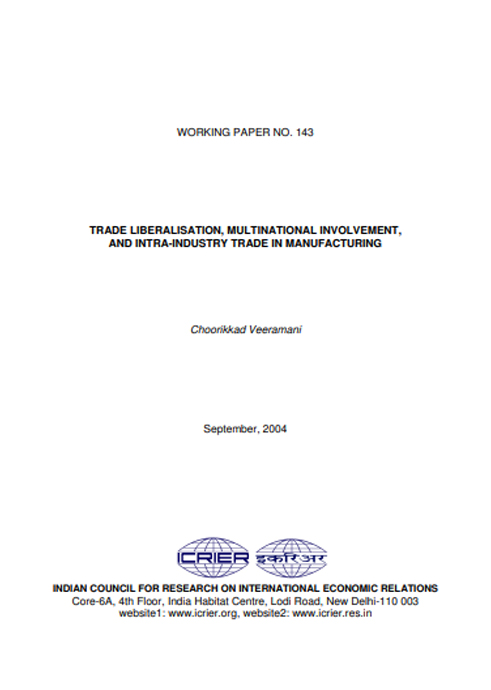 One of the important developments of 20th century was the fragmentation of the industry and globalisation of the trade in manufacturing. The initial effect of fragmentation was for companies in the advanced countries to start outsourcing within the country those parts of the manufacturing process that could be better done by specialist firms. Outsourcing gradually spread to other advanced countries, giving rise to the phenomenon of the intra-industry trade in intermediate goods. In the last 25 years of the 20th century, outsourcing and intra-industry trade have spread to the emerging economies. E&SE Asia has benefited enormously from the Globalisation of Manufacturing processed. Because of the drastic controls on imports, this phenomenon had largely bypassed India until the dramatic economic reforms in 1991-92.