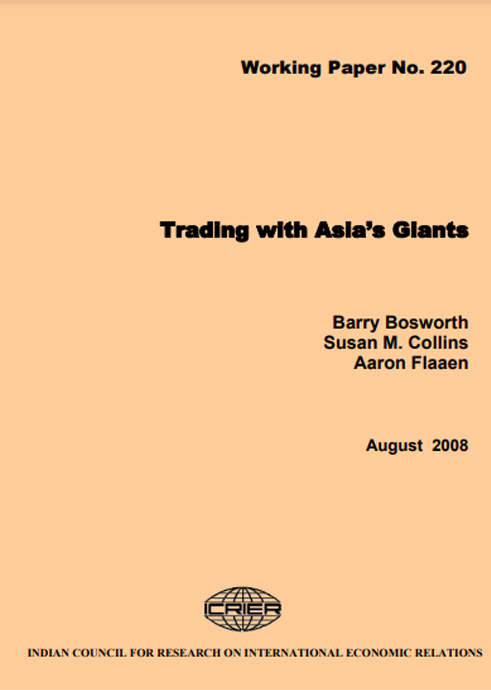 The United States’ large and sustained trade deficit with Asia raises concerns in the United States about its competitiveness in the region. The purpose of this paper is to examine the patterns of U.S. trade relationships with China and India, and the factors that are influencing their evolution. In contrast to the current public policy debate, the discussion largely addresses how these two economies compare as markets for U.S. exporters. This paper begins by noting that U.S. exports to both countries do appear low relative to the performance of Japan and the EU-15. We examine potential explanations for the weak exports from three different perspectives. First, we analyze the composition of U.S. exports to these economies, and consider how this mix of products compares to those which it appears to be competitive in exporting to the rest of the world. Second, we examine the role of multinational corporations in facilitating the trade flows between the U.S and these two economies. Finally, we employ the use
of “gravity equations” to examine the bilateral trade patterns while controlling for a variety of countryspecific characteristics, such as distance. In this context, we are also able to analyze the pattern of trade in services as well as the more traditional focus on goods trade.