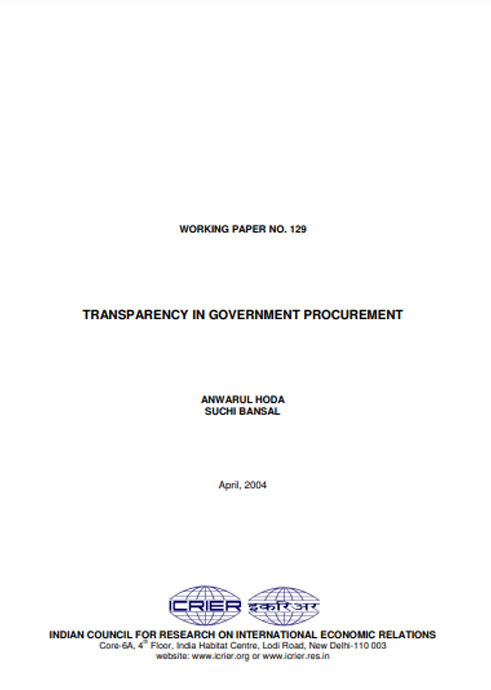 Transparency in Government Procurement is one of the four ‘Singapore’ issues, which were included in the agenda of the Doha Round of multilateral trade negotiations, which was launched in 2001. At the 5th Ministerial Session held at Cancun, September 2003, it became clear, however, that many WTO members were yet not reconciled to the
expansion of the scope of WTO to cover any of the Singapore issues. The future of this subject as an item on the agenda of the Doha Round is now uncertain