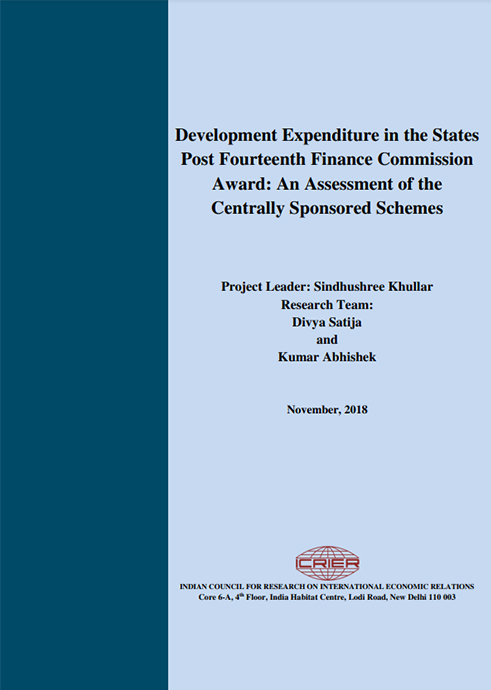 The Fourteenth Finance Commission (FFC) recommendations to increase the devolution to the States from 32 percent to 42 percent of the divisible pool was accepted by the Government of India (GoI) on February 24 2015. This was accompanied by other far reaching changes in the institutional arrangements, classification of expenditure and as well as in the composition, mix and priorities of development schemes and programmes. The design and implementation arrangements, sharing patterns and their scope also underwent considerable modification in the first two years of the FFC Award (2015-16 and 2016-17). Against this backdrop, this Study assesses the following:
1. Impact of institutional and structural changes that followed after the discontinuation of Plan / Non-Plan classification in expenditure, dismantling of the Planning Commission and the end of the Five-Year Plan era on the –
a. Classification of Total Receipts in the Union Budget
b. Classification of the Total Expenditure in the Union Budget
c. Fiscal Space of the Union