Development Expenditure in the States post Fourteenth Finance Commission Award: How Have States Spent the Award Money? (ICRIER-FFC), May 2019 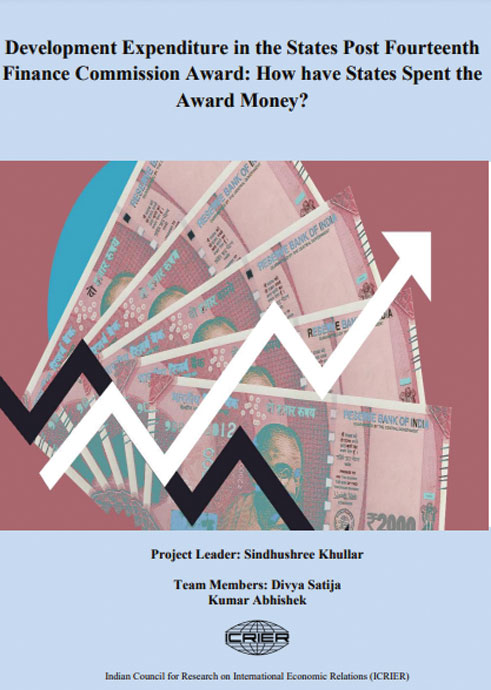 According to the data reported by 12 responding States during the primary survey, except Andhra Pradesh (classified under the 18 erstwhile General Category States), and Nagaland and Himachal Pradesh, (classified under the 11 erstwhile Special Category States), remaining States showed positive growth in total expenditure on all top 16 CSS; 6 States that responded to questions on CSS in the Primary Survey questionnaire, were spending, on average, around 36 percent on the top 16 CSS as a percentage of Total Grants from the Centre, in 2014-15 (before the FFC Award). Post FFC Award, expenditure for these 6 States dropped marginally and they spent around 32 percent in 2015